You are using an outdated browser. Please upgrade your browser to improve your experience.
by Brent Dirks
March 27, 2014
Amazon’s set-top box, which will officially be unveiled next week, could soon have a compelling video service to go with it. According to The Wall Street Journal, the online retailer is planning on introducing an ad-supported and free video streaming option. Much like Hulu, viewers will be able to see the content with commercials:

The new service, which could launch in the coming months, likely will feature original series and may include licensed programming, these people said. As part of the project, Amazon has held talks with the creators of "Betas," a series about a Silicon Valley startup that Amazon produced last year for Prime, these people said. Amazon also plans to offer free music videos with advertising to people visiting its retail website, two of the people said. A search for Bruce Springsteen CDs, for example, might yield an option to watch the "Born in the U.S.A." video.

The service would be completely separate from the Amazon Prime Video library, which is available to Prime members who pay a $99 per year fee. The free video service seems to have two main purposes: to gather additional advertising revenue and entice members to join the Prime service. Earlier this month, Amazon raised the price on membership for the first time ever. The company’s Apple TV competitor is shaping up to be an interesting player in the market. Along with Netflix and Hulu, the box may even ship with full gaming support. Throw in free video, and Amazon may have a winner on its hands. And when will Apple respond? 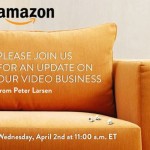 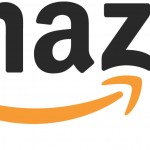 Amazon Begins Handing Out Kindle E-Book Settlement Credits
Nothing found :(
Try something else