You are using an outdated browser. Please upgrade your browser to improve your experience.
by Bryan M. Wolfe
March 20, 2014
Samsung is out with a new ad for its Galaxy Tab Pro series tablet. Not surprisingly, the ad takes a swipe at Apple’s iPad. It also criticizes the Microsoft Surface and Amazon’s Kindle tablets. “It Can Do That” features playful scenes, each highlighting why the Galaxy Tab Pro is better than the competition. Two guys are asked to send an email in one of the anti-iPad scenes, which focuses on how the Galaxy Tab Pro can multitask. The iPad is also criticized for its “Retina thingy.” The iPad Air comes with a screen resolution of 2,038 x 1,536 pixels. Samsung’s new tablet maxes out at a resolution of 2,560 x 1,600 pixels. Perhaps the funniest scene is when a woman thinks a Microsoft Surface is a laptop, criticizing its clumpy battery pack and keyboard. Amazon's Kindle is attacked for only being able to “read books.” Take a look: http://youtu.be/6nFe_SWcq4Q This Samsung ad definitely hits the mark, in my humble opinion. It is funny, in good taste, and yes, even truthful at times. It is also much better than Samsung's recently released "Multitasking, redefined" ad. See also: Apple Calls On Samsung Once Again To Make Things Right, Higher Income Earners Are More Likely To Select An iPhone, and How Does The Samsung Galaxy S5 Compare To Apple's iPhone 5s? 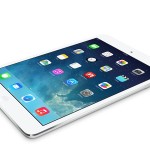 Apple Calls On Samsung Once Again To Make Things Right 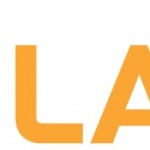 ZiiLABS Goes After Apple, Samsung For Infringing Its Graphics Patents
Nothing found :(
Try something else