You are using an outdated browser. Please upgrade your browser to improve your experience.
by Bryan M. Wolfe
March 3, 2014
Though the iPad continues to lose market share, Apple’s tablet still outsold its four nearest competitors combined in 2013, according to a new Gartner survey. As first published by 9to5Mac, Gartner says Apple sold a combined 70.4 million iPads in 2013. This was up from the 61.4 million units it sold in 2012. The next four tablet producers, Samsung, ASUS, Amazon, and Lenovo sold a combined 61.4 million units over the same time period. In 2013, Apple’s share of the tablet market fell considerably, dropping to 36 percent from 52.9 percent. "Gartner’s headline – and doubtless that of many reports to follow later today – focused on market share," according to 9to5Mac:

Gartner Says Worldwide Tablet Sales Grew 68 Percent in 2013, With Android Capturing 62 Percent of the Market Android Grew 127 Percent and Reached the No. 1 Position in 2013

As 9to5Mac correctly points out, none of this is cause for concern for the folks in Cupertino, Calif. They note:

As we’ve said many times before, market share is not a particularly meaningful measure where Apple is concerned, for two reasons. Firstly, iOS vs Android is one company versus almost every other tablet maker (Windows being almost an irrelevance in this market). Second, Apple is not targeting the whole tablet market, only the top end of it. Seventy million extra low-end tablets dilutes Apple’s market share without costing the company a single cent in lost sales.

Apple is never going to win the market share game, at least in the long term, with any of its products. Profits are always more important, as Apple's financials usually show. See also: Apple Wins Best Mobile Tablet Award At The Mobile World Congress, and Apple To Launch Refreshed iPad Air This Year, But No New iPad mini Until 2015? 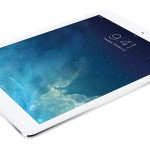 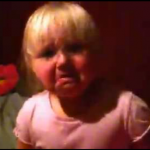 This Little Girl Wants Her iPad Or Else
Nothing found :(
Try something else