You are using an outdated browser. Please upgrade your browser to improve your experience.
by Brent Dirks
March 11, 2014
Before the “The Amazing Spider-Man 2” hits theaters on Friday, May 2, Gameloft has announced that the game of the same name will arrive on the App Store sometime in April. Here’s the complete trailer. Click here if you can’t see it. By the looks of it, the sequel will feature its fair share of villains and the open-world adventure feel of the original. If you can’t wait until next month, you can check out the original The Amazing Spider-Man game on the App Store now for $6.99. It’s a universal app designed for the iPhone/iPod touch and iPad/iPad mini. We liked the original game, saying in our review that its deep skill tree and leveling system offers a huge dose of RPG fun. But the title is still simple enough for even a novice gamer to pick up quickly. We’ll let you know when we hear any more news about The Amazing Spider-Man 2. Hopefully, once the game is released, Gameloft will announce more definitive plans for Modern Combat 5, which is slated to launch sometime in 2014. For other app news today, see: Aksys Games To Bring 999: The Novel To The US App Store On March 17, The Final Frontier Awaits In Unity Games' Upcoming Space Noir, and Instagram's iOS Users Can Now Strengthen Or Soften The Lux Effect. 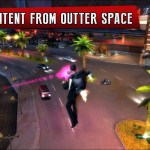 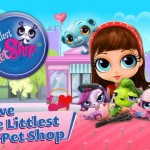