Publisher Unity Games has unveiled a brand new app that it’s created in collaboration with N-Fusion Interactive. Called Space Noir, the title sets iOS gamers off on a narrative-driven adventure set in the far reaches of outer space, and it’s set to hit the App Store this summer.

N-Fusion has previously worked on a handful of other successful iOS titles (like Deus Ex: The Fall, for example), and as such we’re excited to get our hands on Space Noir. In a recent article, TouchArcade explained what iOS device users should expect from the app’s immersive storyline:

Space Noir will put you in the shoes of Hal Markham, who seemed to have a perfectly fine and enjoyable life prior to joining the Intergalactic Planetary Consortium. To his dismay, he found his new job required him to enforce draconian laws on the galaxy’s colonies rather than working to protect them. So he quits the Consortium, only to return home to find his entire family dead and his fiancé now married to an evil politician.

From here, Markham takes on mercenary work in order to survive – and at this point, gamers step in and take control.

In the application, iOS device users get to play through 35 missions spanning a total of five different worlds; you’ll come face to face with Markham’s “personal woes, an intergalactic conspiracy, and the fate of humanity’s future,” the publication adds.

You’ll also be able to upgrade Markham’s ship and special moves can be unlocked, too. Below, we’ve included a trailer video for the application – see what you think:

As mentioned, we should see Space Noir dock in the App Store this summer. We’ll keep you updated with further information on the title as we receive it.

In the meantime, see: Instagram’s iOS Users Can Now Strengthen Or Soften The Lux Effect, Apple Once Again Thanks Jailbreakers For Helping To Improve iOS Security, and Apple Is Now Offering Big Spenders Even More Attractive Discounts. 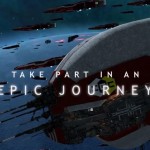 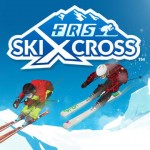 Kick Off Your Winter Sports Season With The Norse God Of Skiing In FRS Ski Cross
Nothing found :(
Try something else