Apple has made a number of adjustments to its “Apple Loyalty Program,” adding new items and even increasing the discounts offered to big buyers, according to a recent report. The news comes as Apple continues to further encourage iOS deployment in enterprise and education.

The program has been around for some time, and sees Apple customers spending more than $5,000 in a 12-month period receive variable discounts from the Cupertino, Calif. company. Typically, I.T. administrators in businesses and schools are able to access the program, which is broken down by Apple into three different tiers.

TechCrunch now explains that Apple has adjusted its Apple Loyalty Program to increase the discount offered on Mac computers from five percent to six percent for the red tier, and to as much as eight percent for the blue tier.

The change came into effect last week, according to the publication, and discounts on third-party accessories are also said to have increased from five percent to 10 percent for lower tier customers. Once again, green and blue tier customers are able to access more lucrative discounts, though certain accessories – such as Jawbone's UP – are excluded from the offer.

Most discounts have been improved by a couple of percentage points. TechCrunch adds that “a special iPad campaign” is also ongoing, offering customers even larger discounts on the tablet (higher, the article explains, than the usual two to four percent taken off the price of Apple's tablets).

However, bigger discounts aren't the only change made to the Apple Loyalty Program. Apple is also said to have added two new products to the scheme: unlocked iPhones and the Apple TV. The set-top box, in particular, is being used increasingly in business and education environments due to its ultra-simple AirPlay Mirroring functionality, and as such it's no surprise Apple has added discount options for the Apple TV to its Apple Loyalty Program.

Organizations can arrange for access to the above discounts by speaking to one of Apple's Retail Business Team employees. As mentioned, you'll need to spend a minimum of $5,000 per year in order to qualify.

Besides improving its Apple Loyalty Program, Apple has also further encouraged iOS deployment through launching revamped mobile device management (MDM) features with iOS 7.1. We've talked before about the enhanced deployment options now available to I.T. admins working in enterprise and education, and we'll keep you updated with further information on the system as we receive it. 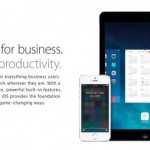 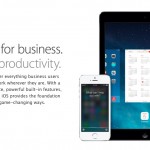 Apple Makes It Easier To Manage iOS Devices In Enterprise, Education
Nothing found :(
Try something else