You are using an outdated browser. Please upgrade your browser to improve your experience.
by Brent Dirks
March 31, 2014
Attention Target shoppers – the Pebble smart watch is now available at the U.S. retailer's brick-and-mortar locations and website. Buyers can choose from a black, red, or white version of the watch. Target is the first retailer to offer the white version, and it will be an exclusive for a limited time. All three colors of the watch will retail for the usual $149.99. While the wearable device market is set to get a lot more crowded, thanks to competition from major players like Google, and probably Apple, Pebble has done a nice job making a name for itself. Last week, the company announced that it sold 400,000 devices last year. It is also on track to double its revenue in 2014. And just three months into the year, Pebble has been busy on both the hardware and software front. The higher end Pebble Steel watch was unveiled back at CES and hit the market at the end of January. Version 2.0 of the Pebble app was released in February and ushered in the watch’s own appstore with more than 1,000 different apps and watchfaces. For other recent news, see: Apple Is Raising App Store Prices In Australia, India, Indonesia, Turkey And South Africa, Hacker To Release A Dual-Boot Tool For iOS 6, iOS 7, and New Video Shows How Steve Wozniak Surprised A Young Apple Fan Years Ago. 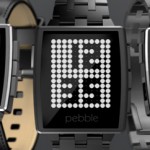 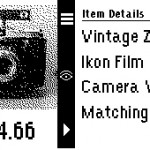