Adobe has just pushed the button on a significant update for its Adobe Photoshop Express application for the iPhone, iPad, and iPod touch. Now, users can enjoy a brand new iOS 7 redesign, additional sharing options, and a selection of further features.

You can pick up version 3.3 of the application on the App Store now, and as before it’s free to download. Besides redesigning and optimizing the app for iOS 7, Adobe Photoshop Express now also supports native sharing either using the Messages app or to Instagram, and “pet-eye” (i.e., green eye) corrections can be made from inside the application, too.

There’s also a useful auto-save feature in Adobe Photoshop Express 3.3, and enhanced navigation makes using the app easier than before. Finally, a selection of important bug fixes and performance improvements have also been added to the application.

Here’s a recap of the changes made in Adobe Photoshop Express 3.3, as outlined in the app’s release notes:

As a reminder, Adobe Photoshop Express got a refreshed user interface (UI), additional features, and Adobe Revel integration with an update released back in September. If you’re not familiar with the application, it offers users a Photoshop-style experience for owners of Apple’s iPhone, iPad, and iPod touch; however, though it’s available to download free of charge, a number of in-app purchases (IAPs) expand on the app’s limited feature set.

Adobe Photoshop Express can be downloaded free of charge on the App Store, and as mentioned, the updated application is optimized for the iPhone, iPad, and iPod touch.

Check out the updated app now, or see: The Latest iPhone 6 Dummy Mould Shows More Of The Same, AppAdvice Daily: Horrify Your Workout With Zombies, Run, and The Lunecase For iPhone Is Powered By Electromagnetic Energy. 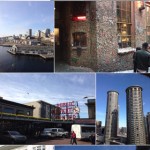 Photos+ Gets Acquired And Updated To Add Dropbox Support

AppAdvice Daily: Relax While You Store Your Photos With These Apps
Nothing found :(
Try something else