You are using an outdated browser. Please upgrade your browser to improve your experience.
by Bryan M. Wolfe
April 4, 2014
Back in February, we highlighted an NPD Group survey which showed that higher income users typically preferred owning an Apple iPhone, while those with lower incomes generally owned Android devices. A new graphic created by PatentlyApple using Mapbox confirms this in brilliant color. The map above focuses on the location of individual posts made on Twitter in the New York City area. It is part of a larger study that includes 280 million tweets made across the U.S. As you can see, messages sent in the richest part of New York, Manhattan, usually come from iPhones. Tweets made in Newark, New Jersey, where incomes are less, are primarily made from Android devices. Manhattan's median income is $67,000 a year. Newark's is $17,000, according to U.S. Census data. As PatentlyApple notes, Business Insider took the Mapbox tool a little bit further, and added it to a Monetate survey on mobile shoppers. The conclusion drawn: "Android users are less lucrative than iPhone users, and designers are iPhone users. It's a socio-economic split on class lines, in favor of iPhone over Android." Given this data, it makes a lot of sense that Apple is likely to dump its mid-priced iPhone 5c later this year, and instead focus on the higher end of the smartphone market. To see how your area in the U.S. ranks, click here. See also: Apple’s Halo Effect Is Alive And Well When It Comes To Mac Sales, The Latest Apple 'iPhone 6' Concept Features A Curved Design, and Could This Be The Display Apple Uses In Its iPhone 6? 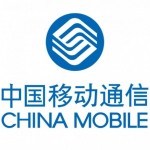 In China, Apple's iPhone 5s Is Old News As Excitement Builds For 'iPhone 6' 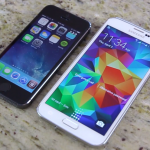