Apple is rumored to be planning on integrating a larger, five-inch display in its next-generation iPhone handset, and now Japan Display – one of Cupertino’s suppliers – has developed and announced a new product that fits the bill.

It’s a 5.5-inch display featuring a resolution of 1,440 by 2,560 and a pixel density of 538 pixels per inch (PPI). The quad-HD display should go into mass production “in the next month or so,” according to a report from 9to5mac, and as such the display would indeed be available for Apple to add to its iPhone 6 handset. As usual, the upcoming smartphone is expected to reach the market around September.

Besides being bigger, the iPhone 6 is also expected to be thinner and lighter than its predecessors, and its 5.5-inch screen should be equipped with ultra-protective sapphire glass. Apple is even producing its own sapphire in partnership with the Arizona-based GT Advanced Technologies, and as a result the material is expected to feature heavily in Cupertino’s upcoming releases.

We’ve also heard that Apple has purchased a three-year supply of 4.5-inch sapphire glass, indicating that two new iPhone sizes – rather than just one – are set to be announced later this year.

Though of course, we’ll know nothing for certain until an announcement is made by the folks at Cupertino. 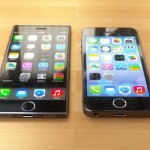 Has A Schematic Of Apple's 'iPhone 6' Been Leaked? 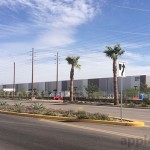 Apple's Arizona Sapphire Plant To Expand, Accommodate Work On New Component
Nothing found :(
Try something else