You are using an outdated browser. Please upgrade your browser to improve your experience.
by Bryan M. Wolfe
April 1, 2014
Apple is in talks with Japan’s Renesas Electronics to acquire the company’s SP Drivers division, which is the leading producer of drivers and controllers for smaller LCDs. The chips are already used in the iPhone’s liquid crystal displays, according to business site Nikkei. Renesas SP is a joint venture with Sharp and Taiwan’s Powerchip. Apple is seeking Renesas’ entire 55 percent stake for an estimated 50 billion yen ($479 million). Assuming Apple’s acquisition proves successful, Sharp is expected to sell its 25 percent stake, if Cupertino asks for such a transaction. Powerchip is expected to retain its 20 percent stake. According to the report:

While Apple generally relies on multiple suppliers for each component, it gets all of its iPhone liquid crystal display chips from Renesas SP. With image quality becoming a crucial selling point for smartphones, Apple apparently wants to meld the design of core display components into overall product development.

Renesas SP controls around one-third of the driver and controller market for small and midsize LCDs. The components determine a display's quality and performance, as well as a phone's overall energy efficiency. Apple hopes to close the sale by this summer. See also: Valued At Over $100 Billion, Apple Is Reportedly The Most Valuable Brand In The US, Apple's 'iPhone 6' Could Represent 'The Motherlode Of All Upgrade Cycles,' and Sprint Chairman: Merger With T-Mobile Would Improve 'Horrible' US Internet Speeds. 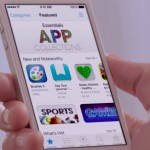