It might be that iTunes Radio is limited to the United States and Australia only, but the recent appearance of the music streaming service in Ecuador indicates that a Latin America rollout could be on the cards.

As AppleInsider explains, the service recently made an appearance in Ecuador (pictured above). However, as of this writing the Ecuadorian iTunes Radio is only available in iTunes for OS X, and it hasn’t made the transition to iOS or Apple TV. “This limited access suggests Apple is simply testing out the feature as it stages a conservative international rollout,” the publication rightly adds.

Apple’s iTunes Radio has been appearing sporadically in a number of other international territories, yet as of this writing, the service’s international rollout is limited to Australia.

Apple has reportedly been on an iTunes-enhancing hiring spree recently, and the company is said to be considering “a drastic overhaul of the iTunes Music Store.” Licensing problems appear to be holding back iTunes Radio from launching internationally; here’s hoping these can be ironed out in the near future in order for more iOS device users to enjoy the free service.

In the United States, however, iTunes Radio is proving successful and could soon be the second most-popular music streaming service available: six months after its launch the service overtook Spotify and is presently the third most-popular music streaming offering in the country. Though with a mere one percent share separating iTunes Radio from iHeartRadio, Apple’s solution looks set to take the No. 2 position in the near future. 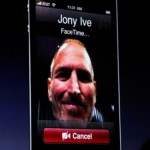 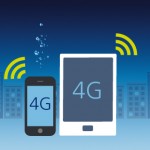 British Carrier O2's 4G Network Now Covers Over 30 Percent Of The Population
Nothing found :(
Try something else