Yahoo CEO Marissa Mayer is hoping to convince Apple to change one of the fundamental aspects of iOS: Safari’s default search engine.

The company has reportedly been hard at work on two secret projects which aim to build “a viable mobile search engine and monetization platform to convince Apple to make Yahoo the default search engine on its Safari browser on the iPhone and iPad,” Re/code explains.

Codenamed “Fast Break” and “Curveball,” the projects will form the subject of an upcoming presentation – or series of presentations – which Mayer will make to key Apple executives at some point in the future. Her aim? Simple: get Apple to ditch Google for Yahoo.

One person “working on the effort” told Re/code:

This is the aim of the whole effort here, to grab the pole position in iOS search. It will take more than pretty pictures, though, to convince Apple to give up Google, given its focus on consumer experience being top-notch. But Marissa wants it very badly.

Mayer has reportedly already “buttonholed a few Apple executives on the topic,” including the influential senior vice president of Design, Jony Ive, though an ongoing deal with Microsoft could hinder the process.

This, combined with a number of other elements, means change isn’t going to occur overnight. Mayer is reportedly looking to get out of its 10-year search partnership with Microsoft; at the same time, Apple’s departure from Google Maps in iOS could signal that Cupertino will be open to the idea of integrating Yahoo more fully in the mobile operating system – if the company’s product is good enough.

It’ll be interesting to see how this develops over the coming years. We’ll keep you updated with further information as we receive it.

In the meantime, see: AppAdvice Daily: Apple CarPlay Is Coming To An Economy Car Near You, Catch Up On Your Books With Textio Speed Reading, and Zombies, Run! Update Brings A Streamlined Look And New Season. 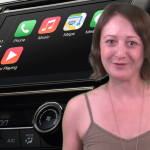 AppAdvice Daily: Apple CarPlay Is Coming To An Economy Car Near You 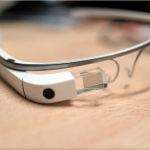 Google Glass Sells Out Following First Ever One-Day Sale
Nothing found :(
Try something else