MiniPlayer, the small-sized music player for iOS which launched on the Cydia Store some time ago, is now available to download and install on Mac computers. You can pick up the software free of charge now from developer MPow’s website (due to Apple’s sandboxing restrictions, it’s not available on the Mac App Store).

As a reminder, on iOS MiniPlayer adds a pint-sized music interface that can be accessed from anywhere in the mobile OS. It’s a useful $1.99 application that launched back in May 2013, and over the course of its 11 months on the Cydia Store developer MPow has updated the package adding a redesign, new features, and more.

MiniPlayer for Mac, however, allows users to add a small-sized music control interface under OS X. It supports iTunes, as you’d expect, but MiniPlayer can also work alongside the likes of Rdio and Spotify (though you’ll need to manually choose MiniPlayer’s default service from inside its preferences).

Developer MPow is allowing anyone to write a plugin for MiniPlayer, though it seems that at the minute, no third-party plugins have been created for the software. We’ll keep you updated with any significant developments on this front. 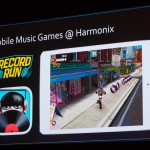 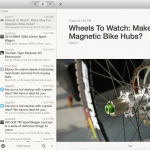 Reeder 2 For Mac Launches As A Free Public Beta
Nothing found :(
Try something else