You are using an outdated browser. Please upgrade your browser to improve your experience.
by Aldrin Calimlim
May 29, 2014
Fresh off the announcement of its $3 billion Beats acquisition, Apple is said to be introducing new stations for ESPN and NPR on iTunes Radio. This is according to 9to5Mac, which notes that a new ESPN station and 42 new local NPR stations are set to be added to Apple's Internet radio service. The ESPN station will feature original ESPN sports-talk radio shows, including SportsCenter All Night, The Herd, and Mike & Mike. It will also host the first sporting event to be live-streamed on iTunes Radio as it's set to feature the World Cup. As for the new local NPR stations, they will include New York Public Radio, San Francisco's KQED, and more. Their addition comes a couple of months after NPR itself was added to iTunes Radio, featuring live news and segments from the public radio's prerecorded shows such as “All Things Considered” and “The Diane Rehm Show.” The new stations are expected to go live on iTunes Radio as soon as today. Earlier today, Apple officially confirmed its plans to acquire Beats Music and Beats Electronics for $3 billion. “Music is such an important part of Apple’s DNA and always will be,” said Eddy Cue, Apple’s senior vice president of Internet Software and Services. “The addition of Beats will make our music lineup even better, from free streaming with iTunes Radio to a world-class subscription service in Beats, and of course buying music from the iTunes Store as customers have loved to do for years.” 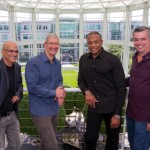 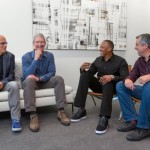 Apple Officially Announces Beats Electronics Purchase For $3 Billion
Nothing found :(
Try something else