You are using an outdated browser. Please upgrade your browser to improve your experience.
by Brent Dirks
May 28, 2014
Just in time for next week’s WWDC conference in San Francisco, Apple has tweaked the App Store Top Charts on iOS devices. As first spotted by TechCrunch, only the top 150 free, paid, and grossing apps are now listed. Previously, the top 300 apps were listed on the iPhone/iPod touch while the top 1,000 were displayed on the iPad. As noted, this change is only for iOS devices. With iTunes on the desktop, the top 200 apps in all three categories are still displayed. The report says that Apple made the change for two reasons. First, it took too long to load the charts on the iPhone and iPad. Secondly, Apple believed that most users don’t take time to scroll past the top 150 apps anyway. It’s currently unknown whether Apple is planning to announce any further App Store changes at WWDC. But any type of improvements would be welcomed by developers and users alike. Earlier this week, Apple finally closed a big loophole in the App Store and no longer allows users to reinstall or update apps that they’ve received a refund for. For other app news and reviews today, see: Get A Visual Approach To Your Bookmarks With Stache For iOS And Mac, AppAdvice Daily: Learn Guitar Using Your iPhone Session 1 - Guitar Tuners, and Make Your iPhone Photos Look Professional With SKRWT. 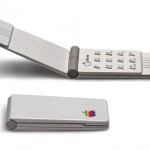 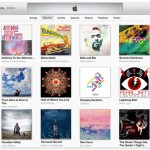 Apple Releases iTunes Version 11.2.2 With A Minor Podcast Bug Fix
Nothing found :(
Try something else