You are using an outdated browser. Please upgrade your browser to improve your experience.
by Bryan M. Wolfe
May 5, 2014
As we have reported, Apple has hired a number of high-profile medical professionals in recent months. This suggests that Cupertino’s interest in “quantified self” products could extend beyond the so-called “iWatch,” according to Reuters. The report notes “industry insiders say the moves telegraph a vision of monitoring everything from blood-sugar levels to nutrition, beyond the fitness-oriented devices now on the market.” Because of this, many expect Apple to deliver a full health and fitness services platform modeled on its App Store. According to Ted Driscoll, a Silicon Valley-based partner at Claremont Creek Ventures, which specializes in digital health and medical devices, ”There's no doubt that Apple is sniffing around this area.” He added that Apple seemed primarily focused on recruiting engineers with experience in "monitoring the body's perimeters.” Joe Kiani, the CEO of Masimo Corporation isn’t thrilled with the hires, saying "Some of the talent (Apple recruited) has access to deep wells of trade secrets and information.” He continues, “They are just buying people,” adding "I just hope Apple is not doing what we're doing.” Kiani has reason to be concerned. In July 2013, Apple hired Michael O’Reilly, M.D., the former chief medical officer at Masimo. Other medical professionals now working at Apple include: Marcelo Malini Lamego, the former CTO of Cercacor, Divya Nag, who founded StartX Med, and others. The so-called iWatch (or whatever it will be called) is likely to make its debut later this year. It could launch in two different sizes, a 1.5-inch and 1.3-inch screen, for men and women, respectively. Photo: iWatch concept by Tomas Moyano 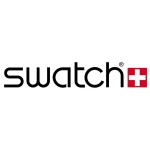 Swatch Doesn’t Want Apple’s Wearable Device To Be Called The ‘iWatch’
Nothing found :(
Try something else