You are using an outdated browser. Please upgrade your browser to improve your experience.
by Joe White
April 20, 2014

Apple has hired Divya Nag, “a rising star in the medical device community,” and has added her to the team believed to be developing its long anticipated iWatch, according to a recent article.

The news comes from 9to5mac, which draws attention to Nag’s many achievements in the medical field: “Nag made her entry into the medical technology world earlier this decade by co-founding Stem Cell Theranostics, a company that focuses on technologies for testing new medicines for the market and how the drugs will affect patients.”

The publication adds that all of these achievements won Nag a place on Forbes’ “30 Under 30” list earlier this year.

Apple is of course said to be working on a health and fitness-focused smart watch-style product, though at first glance it’s not immediately apparent how Nag could fit precisely into Apple’s plans. After checking on Nag’s LinkedIn profile, however, 9to5mac draws attention to one paragraph of particular interest:

Nag’s experience with FDA approvals means she could help Cupertino actually launch its iWatch product and Healthbook software later this year. As a reminder, besides its anticipated iWatch, a Healthbook application is expected to offer iOS device users a Passbook-style hub for medical readings taken by the rumored wearable device.

All of this means we’re edging closer to the launch of “a new product category” from Cupertino. As usual, we’ll keep you updated with further information as we receive it.

In the meantime, see: Teach Your Children About The Wonders Of The Human Body With My Incredible Body, Today’s Apps Gone Free: Audium, CurrencyBox, Grandma’s Garden And More, and Malware Has Appeared On The Cydia Store, Here’s How You Can Deal With It. 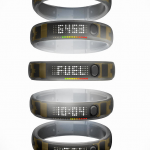 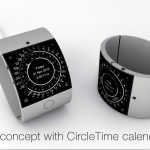 This New Apple 'iWatch' Concept Has A Familiar Look To It
Nothing found :(
Try something else