You are using an outdated browser. Please upgrade your browser to improve your experience.
by Brent Dirks
May 20, 2014
Apple’s plans for its own content delivery network (CDN) are apparently moving forward. According to industry watcher Dan Rayburn, the network should be up and running soon. Currently, Apple relies on other companies to actually deliver content to customers - namely Akami and Level 3. But with its own network, Apple could ensure that content is delivered quickly and easily to customers. Rayburn says Apple would use a CDN to do things like distribute iOS updates and improve iCloud performance. And interestingly, the report says Apple is also negotiating paid deals with ISPs for direct connection to the networks:

As part of their build out, Apple is currently negotiating paid interconnection deals with some of the largest ISPs in the U.S. I’m not going to disclose which ISPs they are talking to and what deals they have already done, but it’s interesting to note that with all the talk lately of net neutrality, peering and interconnect relationships, Apple isn’t out in the market making any complaints. While Netflix has used the media, consumers and lawmakers to try and argue that CDNs should get as much peering as they want, at no charge, Apple doesn’t seem to agree with that sentiment. If they do, they certainly aren’t complaining in any public forum.

That is great news for iOS device users. I don’t know anyone who hasn’t had at least some issues accessing the App Store or iCloud. Hopefully, we’ll hear more about Apple’s own CDN soon. News of an Apple CDN first leaked back in February from Rayburn. For other news today, see: This Could Finally Be The Year That NFC Technology Comes To Apple's iPhone, Talks Between Apple And Samsung Dissolve Without An Agreement, and AppAdvice International: iPad Trade-Ins, Italy's IAPs, Market Share In Japan. 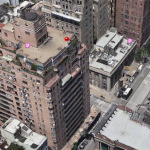 This Could Finally Be The Year That NFC Technology Comes To Apple's iPhone
Nothing found :(
Try something else