Apple might have traditionally relied on third-party content delivery networks (CDNs) in the past, but if a recent report has it right, the Cupertino, Calif. company is in the process of creating its own data center-powered CDN that could ultimately be the driving force behind its long-anticipated Apple HDTV, as well as its other online offerings.

Speculation first appeared online from analyst Dan Rayburn with Frost & Sullivan, who argued that Apple is looking to leave its present CDNs behind and is planning its own content delivery network for its digital media services. Akamai and Level 3 are used by Apple to handle iTunes Store, App Store, iBookstore, and iCloud services, however the iPhone-maker is hoping to further ensure a quality experience for customers by taking direct control of its consumer-oriented CDN.

In a post added to Streaming Media, Rayburn explained:

I’m hearing that part of Apple’s reasoning for building their own CDN is because of performance issues with iCloud, with Apple wanting to have more control over the QoS of content going to their devices. Apple already controls the hardware, the OS (iOS/OS X) as well as the iTunes/App store platforms. Right now they control the entire customer experience, except for the way content is delivered to their devices. Since Apple does not own the last mile they won’t be able to have complete control, but having their own CDN would give them more control and security than they have now. The next set of questions to ask is what type of technology Apple uses? Will they go the open source route and built it in a non-proprietary way, or keep it closed? Some will also wonder if Apple might make their CDN into a commercial offering, but that wouldn’t make any sense for their business, unless they had some kind of content subscription service akin to Netflix.

There’s a lot of disruption surrounding iCloud and Apple’s digital stores, and if you think that sounds like an overstatement, just ask the countless iOS 7 users who’re still having trouble downloading and updating iOS apps on their iOS devices (some of the afflicted are even AppAdvice staffers who’ve been having trouble since iOS 7 was first released). The cloud-based iCloud service, too, often suffers downtime and given the relative frailty of the system, Apple’s iCloud service Web page is bookmarked on many a computer – even if certain problems may seem to have lifted over the past few months.

Rayburn believes that Apple’s own CDN is five long years in the making, and if The Wall Street Journal’s sources are accurate, he could be right. Because in a recent article, the publication has confirmed that Apple is indeed planning its own content delivery network, providing the “groundwork” for a move towards Internet television:

Apple Inc. is stitching together a network of Internet infrastructure capable of delivering large amounts of content to customers, giving the company more control over the distribution of its online offerings while laying the groundwork for more traffic if it decides to move deeper into television.

Apple has big and expanding data centers in North Carolina, Oregon, and Nevada, and these are expected to be powering its in-development CDN. The latest analysis has indicated that the company’s HDTV project has been pushed back to 2015 in order to make way for an “iWatch” product, and as such Apple has a little longer to get a workable CDN in place before launching the anticipated television.

In the meantime, see: Can’t Wait For A Mavericks Update? This Fix Could Help Your Mac’s Mail App, You’re Going To Love The New, Sweet And Tasty Update To Smurfs’ Village, and NBC Sports Live Extra 3.0 Is All Set For Its Live Coverage Of The 2014 Winter Olympics. 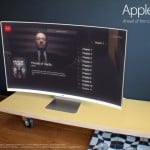 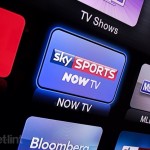 For The First Time Ever, Sky Sports Channels Come To Apple TVs In Britain
Nothing found :(
Try something else