You are using an outdated browser. Please upgrade your browser to improve your experience.
by Brent Dirks
May 27, 2014
With less than a week to go before WWDC 2014 begins at Moscone West in San Francisco, Apple is already busy preparing the conference center. Twitter user KieIO (via MacRumors) snapped the above shot of a banner going up proclaiming “Write the code. Change the world.” Apple will continue to prepare Moscone West before the event kicks off on Monday, June 2. I’m sure we’ll be seeing shots of other banners soon. Earlier today, Apple announced that the keynote at 10 a.m. PDT on Monday will be live streamed to interested viewers. The address will be available on a number of platforms, including iOS devices, Mac OS X, and the Apple TV. It’s widely believed that Apple will announce iOS 8 and Mac OS X 10.10 during the address. Beyond that, it’s a bit uncertain. Just yesterday, a new report said that Apple is expected to unveil a software platform for smart home devices like lights, video cameras, and security systems. We’ll also apparently get our first look at some new kind of new Mac hardware. And as usual, AppAdvice will be there live covering the keynote. For other news today, see: Op-Ed: Apple Under Tim Cook Is On The Defensive And That Isn't Good, Foxconn To Start Production On Apple's 5.5-Inch 'iPhone 6' In August, and Has The Release Date Been Leaked For Apple's Next iPhone? 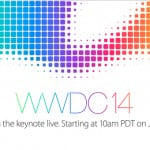 Apple Will Live Stream WWDC 2014 Keynote On June 2
Nothing found :(
Try something else