You are using an outdated browser. Please upgrade your browser to improve your experience.
by Aldrin Calimlim
May 27, 2014
Hacked for ransom. That's how a number of Mac and iOS users in Australia have found their Apple devices, as hackers have remotely locked Macs, iPhones, and iPads and demanded money in exchange for unlocking the devices. The Sydney Morning Herald cites a key instance of the hacking:

One iPhone user, a Fairfax Media employee in Sydney, said she was awoken at 4am on Tuesday to a loud "lost phone" message that said "Oleg Pliss" had hacked their phone. She was instructed to send $50 to a PayPal account to have it unlocked.

Users whose devices have been held hostage by hackers have taken to Apple's support forum as well as social media to discuss the issue. Apple is yet to comment on the matter. The Australian Competition and Consumer Commission, Australia's competition regulator and consumer law promoter, has been made aware of the same. According to Troy Hunt, an IT security expert, the hacking is likely made possible using login credentials that have been acquired from recent data breaches and appropriated to lock users out using iCloud. Given this likelihood, the use of unique passwords along with Apple's two-step verification for Apple IDs is highly recommended. Using passcode lock or Touch ID on iOS devices is also encouraged, especially since affected users who have enabled either security feature have reportedly been able to unlock their devices without having to pay ransom. See also: Hackers Claim To Have Compromised Apple’s iCloud And Activation Lock 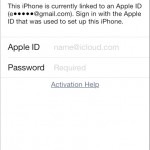 Hackers Claim To Have Compromised Apple’s iCloud And Activation Lock 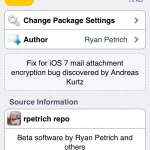 Popular Jailbreak Dev Releases A Tweak That Patches The Mail App's Encryption Bug
Nothing found :(
Try something else