You are using an outdated browser. Please upgrade your browser to improve your experience.
by Brent Dirks
May 29, 2014
While not exactly as big as Apple buying Beats Electronics, another notable acquisition recently occurred in the iOS device space. Luggage maker Samsonite announced it is snapping up popular accessory maker Speck for $85 million. For it’s part, Samsonite officials said they were excited to tap a similar product segment and leverage Speck’s highly regarded reputation with younger buyers. The company is also looking to expand Speck’s international presence. In 2013, 80 percent of Speck’s sales came from the United States. After a slowdown in 2013, Speck CEO Irene Baran was also excited about the deal:

“We are thrilled about joining Samsonite. Although Speck experienced a temporary setback in 2013 from its historically strong results when the business was impacted by an industry-wide overhang in inventory from 2012, efforts to restructure the business are already well underway. The opportunity to leverage Samsonite’s established infrastructure and excellence in operations and marketing will enable us to take advantage of the anticipated strong growth in the smartphone and tablet industries to position Speck as a global market leader. With our strong foundation in the U.S. mobile device protective case market and Samsonite’s geographic reach, we see new and vast opportunities to grow the Speck brand to its full potential, and reach millions of new customers around the world.”

Along with cases for the iPhone, iPad, and iPod touch, Speck makes a number of accessories for the MacBook and other smartphones from Samsung and HTC. For other recent accessory news and reviews, see: Apple's 'iWatch' Can Only Be Superior To The Cogito Pop Smart Watch, One Day After The Big Apple Announcement, Beats Launches The Solo 2 Headphones, and Get A Kick Out Of The New App-Enabled miCoach Smart Soccer Ball From Adidas. 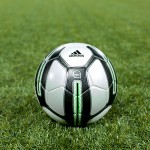 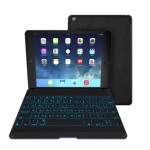 Zagg Is Offering Up To 50 Percent Off Products During A Memorial Day Sale
Nothing found :(
Try something else