You are using an outdated browser. Please upgrade your browser to improve your experience.
by Brent Dirks
May 16, 2014
Another music superstar will profit nicely from any Apple deal for Beats Electronics. As noted by Fortune, Will.i.am also has a substantial equity stake in the company fronted by Jimmy Iovine and Dr. Dre. Will.i.am’s exact stake in the company is unknown, but it does sound pretty nice. According to the report, Will.i.am told a crowd at a recent music-industry tradeshow that he has made more from his equity stake in the company than he ever did with the Black Eyed Peas single “I Gotta Feeling.” The singer has also branched out on his own with some interesting Apple accessories. Back in 2012, he introduced a line of widely panned camera cases for the iPhone 4s/4 that cost as much as $477. News of the reported deal first leaked late last week. Along with the $3.2 billion purchase price, both Iovine and Dre are expected to become Apple executives. Iovine will apparently focus on Apple’s music strategy, handling the company’s relationship with record labels and publishers. On Monday, Billboard reported that the pair is expected to be introduced at the WWDC 2014 keynote early next month in San Francisco. Even though Dre seemingly confirmed Apple’s purchase with a video posted to Facebook last week, the latest reports say official news should come sometime next week. While the main factor behind Apple’s purchase seems to be the Beats Music streaming service, which launched earlier this year, there are some big plans for the popular Beats headphones. 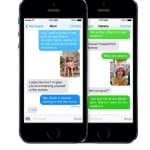 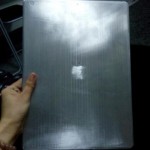 Is This Apple's 'iPad Pro' Or A Fake?
Nothing found :(
Try something else