Apple’s much-publicized acquisition of Beats Electronics, maker of the Beats by Dre headphones and Beats Music, may not be finalized until next week, according to “people familiar with the transaction.”

The news comes in a brief note from Re/code, which explains:

Apple’s planned deal to buy Beats Electronics for $3.2 billion may not be finalized until next week, according to people familiar with the transaction. That’s a longer timetable than some people expected as recently as a few days ago.

It’s indeed a longer timetable that we’d thought, especially since Dr. Dre recently celebrated being “the first billionaire in hip hop” in a video published to Facebook by a friend. Though even if Apple’s acquisition of Beats Electronics isn’t finalized until next week, that would still provide enough time for CEO Tim Cook to announce the deal and present Dr. Dre and Jimmy Iovine on stage at its upcoming WWDC keynote, on June 2.

As previously noted, Cupertino is expected to invite both Dre and Iovine to join its executive team: as senior members of staff at Apple, the duo could help Cupertino develop its music strategy and also facilitate the company’s “sometimes contentious relationship with record labels and music publishers,” we explained.

Apple’s anticipated acquisition of Beats Electronics indeed comes as the company is developing its iTunes platform. With HD audio playback expected to launch in iOS 8 (alongside an updated pair of Apple’s In-Ear Headphones), Cupertino is in the process of ironing out deals with labels in order for iTunes Radio – its free music streaming service – to roll out internationally.

At the same time, Apple is reportedly working on bigger developments to the iTunes Store, and Cupertino recently embarked on a hiring spree in order to build up its iTunes team.

In the meantime, see: Ahead Of Apple’s Bigger, 5.5-Inch iPhone 6, One-Third Of All Smartphones Are Phablets, Facebook Update Allows Users To Create Posts Offline, and A Multiplayer Flappy Bird Will Return To The App Store In August. 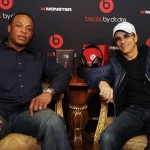 Report: Apple May Introduce Jimmy Iovine, Dr. Dre At WWDC
Nothing found :(
Try something else