The Mail app might not be encrypting attachments in iOS 7 and Apple may be scrambling to send out a fix, however one jailbreak developer has beaten Cupertino to the punch with the release of a new package.

Called AttachmentEncryptor, the jailbreak tweak from Ryan Petrich (@rpetrich) patches the aforementioned Mail app bug and sees attachments sent using the iOS app encrypted under iOS 7.0.x. It’s a simple jailbreak tweak that fixes the flaw and does nothing else; it doesn’t add an icon to the Home screen or a preferences pane to the Settings app, and instead works entirely under-the-hood.

I verified this issue by restoring an iPhone 4 (GSM) device to the most recent iOS versions (7.1 and 7.1.1) and setting up an IMAP email account1, which provided me with some test emails and attachments. Afterwards, I shut down the device and accessed the file system using well-known techniques (DFU mode, custom ramdisk, SSH over usbmux). Finally, I mounted the iOS data partition and navigated to the actual email folder. Within this folder, I found all attachments accessible without any encryption/restriction.

Apple has yet to send out a fix for the problem, however Ryan Petrich – the esteemed jailbreak developer behind several popular packages – has indeed solved the issue for owners of jailbroken iOS devices. You can download the package free of charge provided you’ve added Petrich’s private repository to your list of “Sources” in the Cydia app.

The repository address is: “http://rpetri.ch/repo/.” 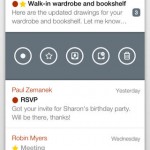 Dispatch, The Action-Based Email Client For iOS, Gets A Useful Update 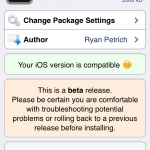