You are using an outdated browser. Please upgrade your browser to improve your experience.
by Aldrin Calimlim
May 30, 2014
The official iOS app of Rdio has just been updated with a long-awaited feature. The feature in question is none other than support for push notifications. Beginning with the new version of Rdio for iOS, you can now opt to receive push notifications for the following instances: You can enable or disable push notifications for any of the above by going into the app's Settings section. Compatible with iPhone, iPod touch, and iPad running iOS 6.0 or later, Rdio is available in the App Store for free, with in-app purchases offered for unlimited listening. The new version of Rdio also includes various interface improvements and minor bug fixes. Before this update, Rdio was updated last February, with playlist editing plus album and playlist reviews, and late last March, with Chromecast support and new album headers. Rdio is one of the most popular music streaming services today. As such, it's also one of the chief competitors to Beats Music, which was just acquired by Apple. 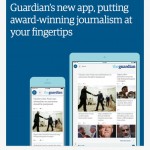 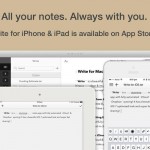 Write For Mac Now Available, iPhone And iPad Versions Updated With New Features
Nothing found :(
Try something else