You are using an outdated browser. Please upgrade your browser to improve your experience.
by Aldrin Calimlim
May 29, 2014
Over five months after soft-launching in Japan, the iOS edition of Dragon Quest VIII is out now to be enjoyed by players around the world. That's right: the iOS port of the eighth installment in Square Enix's fantastic Dragon Quest series of role-playing games is now available worldwide:

The phenomenally popular DRAGON QUEST VIII has sold 4.9 million units worldwide, and now it's coming to the iPhone and iPad for the first time! This was the first title in the series to be presented in full 3D, and its exquisitely detailed world has to be seen to be believed! Set off on an unforgettable adventure with Yangus, the bandit with a heart of gold, Jessica, the high-born magical minx, and Angelo, knight and lothario, by your side!

The newly released game comes with a number of features that are either new or improved for Apple's mobile operating system. These include a streamlined touch-based control system, an enhanced tension system, skill points, monster teams, the hybridizing alchemy pot, and the return of the casino. Dragon Quest VIII is now available worldwide in the App Store for $19.99, with no in-app purchase whatsoever. It's optimized for iPhone 4s, iPhone 5, iPhone 5c, iPhone 5s, iPad 2, third-generation iPad, fourth-generation iPad, iPad Air, iPad mini, and iPad mini with Retina display. [gallery] 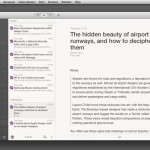 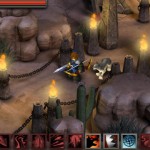