You are using an outdated browser. Please upgrade your browser to improve your experience.
by Brent Dirks
May 19, 2014
Even Walter Isaacson has a take on Apple’s reported deal for Beats Electronics. The Steve Jobs biographer spoke to Billboard recently and says he believes Beats co-founder Jimmy Iovine has a big future with Apple. Iovine was a major force to get all five music labels to sign on for the iTunes Store back in 2001. And he helped Jobs deal with U2 to create the special edition iPod featuring the group in 20o4. And Isaacson believes video, not the company’s headphones or streaming music service, is the main driver behind the purchase:

Isaacson thinks the Apple-Beats deal is not about headphones or streaming music but rather is about video. He speculates that Cook wants Iovine to run Apple’s content business and help Apple launch the TV product that analysts have been gossiping about for years. The product has been held up because Apple can’t get all the content owners on board.

That’s an interesting take, and Iovine does seem to have the chops to take on such a monumental task. But video and music are two different animals. Even though Isaacson has made some interesting comments regarding Apple recently, this latest theory does make a lot of sense. First reported almost two weeks ago, the deal is now expected to be announced sometime this week. If the deal does indeed happen, both Iovine and co-founder Dr. Dre are expected to be introduced during the WWDC keynote at the conference early next month in San Francisco. 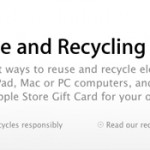 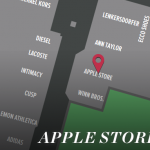 Apple Stores Are Now 13 Years Young, Most Profitable Retail Space In The World
Nothing found :(
Try something else