You are using an outdated browser. Please upgrade your browser to improve your experience.
by Joe White
May 4, 2014

IGN’s latest Free Game of the Month is none other than Telltale Games’ The Wolf Among Us, a dark, gritty thriller based on the popular “Fables” comic book series. You can pick up the first episode of the game free of charge now by heading over to IGN’s website.

The Wolf Among Us usually retails for $4.99 on the App Store, and it’s optimized for the iPhone, iPad, and iPod touch. It’s made up of five separate episodes, and so far three of these – “Faith,” “Smoke and Mirrors,” and “A Crooked Mile” – are available to access and unlock inside of the application.

As we’ve explained before:

The Wolf Among Us is based on the popular “Fables” comic book series, and the season centers around Bigby the Big Bad Wolf and his increasingly violent meetings with characters from fairy tales and folklore. As a reminder, Telltale is also behind another popular episodic iOS game – Walking Dead: The Game – and as of this writing the title is onto its second season.

Though the first episode is included with the app download, subsequent episodes (episodes two to five) retail for $4.99 apiece. However, users can score a 25 percent discount on the total cost of the remaining four episodes by purchasing a $14.99 season pass.

Thanks to IGN’s deal, iOS gamers can take The Wolf Among Us for a spin free of charge before deciding if they’d like to purchase the remaining episodes in the season. As mentioned, codes for The Wolf Among Us can be found at IGN’s website. 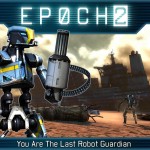 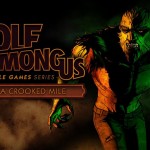 Hungry Like The Wolf For The Wolf Among Us: Episode 3? It's Coming Next Week
Nothing found :(
Try something else