You are using an outdated browser. Please upgrade your browser to improve your experience.
by Bryan M. Wolfe
May 6, 2014
Apple is certain to release a 4.7-inch iPhone later this year. Less certain is whether they will also release a long rumored 5.5-inch “phablet” model at the same time. A new report by Chinese site Weibo suggests a larger model is coming. Unfortunately, when it does arrive it will be very expensive and in short supply. According to the report, Apple will only produce 10 million units of the larger device during its entire product life cycle because of the rising cost of sapphire glass. The final price to consumers: $1,285, at least in China. While it is entirely possible that Apple would charge this amount for an iPhone 6 phablet, I don’t buy it. Just last week, for example, the company dropped the price for the entry-level MacBook Air to $899. This compares to $849 for an unlocked 64GB iPhone 5s. I also can’t imagine Cupertino would limit production for the new phablet to 10 million units. As a comparison, Apple sold a staggering 51 millions iPhones during last year’s holiday quarter, and 43.7 million units in the March quarter. In my humble opinion, Apple will only release a 5.5-inch iPhone when component parts are reasonably priced and in plentiful supply. If this means only one new iPhone this year, so be it. For more on the iPhone 6, see: Apple Stock Gaining Momentum Ahead Of WWDC, Busy Fall Season, A New Apple 'iPhone 6 Leak' Shows The New Model In Space Gray, and Will Amazon's Smartphone Look A Lot Like Apple's iPhone? Via: G4Games Image credit: MacRumors 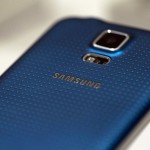