You are using an outdated browser. Please upgrade your browser to improve your experience.
by Brent Dirks
May 29, 2014
After an initial pilot, Crashlytics has officially launched its beta app distribution tool for developers. The aptly named Beta allows both iOS and Android apps to be distributed to testers. And in a detailed blog post, Crashlytics explains how their tool differs from others in the market:

We’ve heard your frustrations about the state of beta distribution today. Poor UI, confusing registration systems, frequent downtime, and only single-OS support. It’s time to build something usable with both developers and testers in mind. We applied our Crashlytics power and polish to this problem. The result: a streamlined experience for distributing apps that gives you a single, cross-platform toolset for iOS and Android. Beta distribution should be an intuitive process for you and your testers so you can focus on what matters — building your app, not stressing about getting testers up and running.

With Beta, developers can invite and manage testers through the Web or within an IDE. The Web dashboard shows a nice amount of information, including who is most active or who is ignoring invitations. The audit trail is designed to show the most recent developer activity as well. Crashlytics is planning to add a number of new features in a rapid release cycle. To access the free program, head to the Crashlytics site now. Social networking giant Twitter acquired Crashlytics back in early 2013. The company is well-known for its crash reporting tools for mobile apps. Another substantial player in the market, Burstly, was purchased by Apple back in February. The company is behind the popular TestFlight beta testing platform. For other recent news, see: One Day After The Big Apple Announcement, Beats Launches The Solo 2 Headphones, More Disruption Ahead As T-Mobile Announces Uncarrier 5.0 Event, and Apple's Eddy Cue, Jimmy Iovine Discuss Beats Acquisition And More. 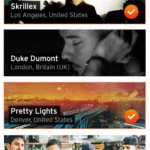 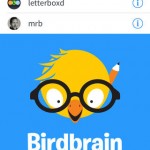 Birdbrain Is Back: Gets Optimized For iOS 7, Adds Useful Twitter Graphs
Nothing found :(
Try something else