You are using an outdated browser. Please upgrade your browser to improve your experience.
by Bryan M. Wolfe
May 28, 2014
There are 800 million iTunes accounts worldwide. Last quarter, each of these spent an average of $3.29, down 24 percent year over year, according to Fortune. “This raises concerns about Apple's ability to monetize the new base of emerging market customers,” says Morgan Stanley’s Katy Huberty in a note to clients on Wednesday. What can Apple do? Huberty believes announcing a subscription music service is one of the ways Apple “could tap into one of the company's great unheralded resources: 800 million iTunes accounts, most of them attached to credit cards.” She notes whether “organically built or acquired — (a subscription service) is a logical extension of iTunes.” Adding a mobile payments system would also help since it could increase customer loyalty and sell more devices. Huberty says “We believe Apple can generate revenue through (1) advertisements, (2) subscription fees, and/or (3) transaction fees.” The analyst points to Apple’s “iWatch” as another new revenue generator. She expects the wearable device to add $9 per year to the $18 the average user spent on the App Store in 2013. Separately, Fortune says that Apple's revenues would increase were they to bring iTunes to Android. They explain that the iPod didn't really take off until 2003, when Apple brought iTunes to Windows. 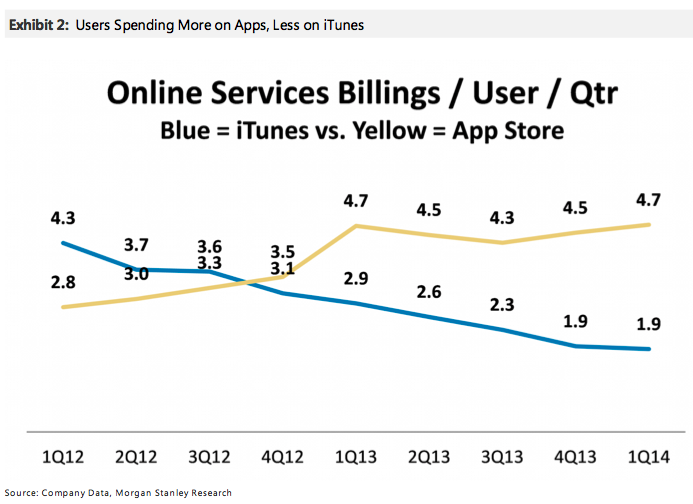 Not surprisingly, Apple is rumored to be working on adding each of these new revenue sources later the year. The iWatch has long been rumored and is expected to launch sometime this fall. In January, Apple CEO Tim Cook said that mobile payments were “one of the thoughts behind Touch ID.” In March, Billboard reported that Apple was exploring bringing an official iTunes app to Android. At the time, I said this was akin to pigs flying or hell freezing over, but still made a lot of sense. Finally, anyone with an Internet connection knows that Apple is in serious talks to acquire Beats Audio, which would give them the Beats Music streaming service. Apple’s plans should come into focus very soon. The company’s annual Worldwide Developers Conference (WWDC) begins on Monday, June 2. See also: This Could Finally Be The Year That NFC Technology Comes To Apple's iPhone, Apple's 'iWatch' May Have A Round Face And Look Similar To The Moto 360, and Banners For Apple's WWDC 2014 Begin To Appear At Moscone West. 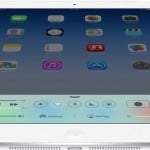 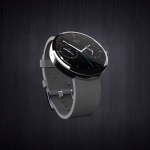 Apple's 'iWatch' May Have A Round Face And Look Similar To The Moto 360
Nothing found :(
Try something else