You are using an outdated browser. Please upgrade your browser to improve your experience.
by Bryan M. Wolfe
May 16, 2014
The four major U.S. carriers now support text-to-911. Unfortunately, most emergency call centers are not yet equipped to accept these texts, according to 9to5Mac. On Jan. 30, the FCC set a voluntary deadline of May 15 for text providers to support text-to-911. AT&T, Sprint, T-Mobile, and Verizon Wireless have now all complied with that request. Regrettably, most who text-to-911 at this time will receive a text bounce-back. Even where text-to-911 is supported, folks are being asked not to use it -- at least for now. As the report notes:

But the wireless trade association, the CTIA, warned that even where 911 texting is supported, it’s still impossible to guarantee immediate delivery of texts. We’ve all experienced examples of texts that arrive the next day, so the advice remains to make a voice call wherever possible.

Text-to-911 sounds like a great idea. However, I would take the CTIA's advice and not use it at this time. Why risk it? Does your local emergency call center accept 911 texts? Click here to find out now. See also: AT&T To Begin Offering Voice-Over-LTE In Select Markets Later This Month, Sprint-T-Mobile US Merger Could Be Announced This Summer, and Is Apple's iPhone Coming Soon To T-Mobile's MetroPCS Prepaid Brand? 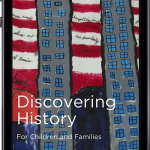 As 9/11 Memorial Museum Opens, An Audio Guide Arrives On The App Store