You are using an outdated browser. Please upgrade your browser to improve your experience.
by Joe White
June 13, 2014
AirServer is a smart application that allows users to beam their iOS device's display over to a desktop computer using AirPlay Mirroring. While an update brought new features for Mac users last year, Windows has finally caught up thanks to a recent update to AirServer for PC. This recording feature usefully allows AirServer users to record their AirPlay Mirroring session, making it easy to put together quick screencasts using an iOS device and a desktop computer. For developers, gamers, teachers, and many more, the feature came as a welcome addition to AirServer for Mac, as the app's developer explained back in December:

Today's update to AirServer brings the same recording feature to Windows Vista, Windows 7, Windows 8, and Windows 8.1 users. "Super crisp" Quad HD desktop mirroring has also been added in the release, along with 1080p full HD mirroring on all devices and much more. Here's a complete list of features, as outlined in an email that recently reached our inbox: You can try AirServer for seven days free of charge, after which point a license can be purchased for $14.99. Bulk order discounts for education are also available -- even at $14.99, AirServer is a lot cheaper than equipping every classroom with an Apple TV, and from my experience the software solution works just as well. For more information on AirServer, including the option of downloading the software, click this link. 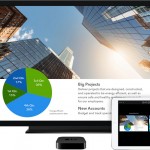