You are using an outdated browser. Please upgrade your browser to improve your experience.
by Aldrin Calimlim
June 6, 2014
Apple has been acquitted in a trademark lawsuit involving the company's "iPhone" brand and a Mexican telecommunications company's phonetically identical "iFone" name, reports El Universal (via Apple Insider). As announced by the Mexican Institute of Industrial Property (IMPI) today, the iPhone name infringes on the iFone trademark, but only as it applies to telecommunications services. Seeing as Apple doesn't offer its own telecommunications services, the iPhone maker has been duly absolved of trademark infringement. However, local mobile carriers that offer the iPhone, including Iusacell, Movistar, and Telcel, are being fined and required to remove the "iPhone" branding from their marketing materials within 15 days. The trademark dispute originated in 2009 when Apple attempted to register the "iPhone" name in Mexico. But the name, or at least its pronunciation, was already taken by a local technology services company called iFone. The iFone trade name was registered in Mexico in 2003, four years before Apple’s iPhone was launched. In March last year, Apple's appeal over its exclusive use of the “iPhone” name in Mexico was rejected. With the new IMPI ruling in effect, iFone can receive damages from infringing local mobile carriers amounting to as much as 40 percent of iPhone sales in Mexico. 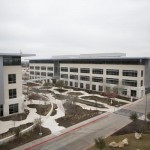 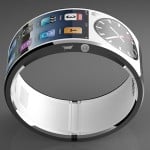 Apple’s Rumored 'iWatch' Speculated To Launch In September With The 'iPhone 6'
Nothing found :(
Try something else