You are using an outdated browser. Please upgrade your browser to improve your experience.
by Bryan M. Wolfe
June 6, 2014
Apple’s “iWatch” is expected to hit the market in October. The wearable device is likely to use a curved organic light-emitting diode (OLED) touchscreen and collect health-related data, such as calorie consumption, sleep activity, blood glucose, and blood oxygen levels. It will also allow users to read messages sent by smartphones, according to Nikkei. According to the report, Cupertino is very confident in the product -- so much so they are planning to produce 3 million to 5 million units per month. This would exceed worldwide sales of watch-like devices in 2013. On board for the iWatch at launch are two high-profile U.S. hospitals — the Mayo Clinic in Minnesota, and the Cleveland Clinic in Ohio. Also involved is Nike, which announced earlier this year it would discontinue its line of Nike+FuelBand fitness devices.

On Thursday, Cantor Fitzgerald's Brian White said he expects Apple to launch the iWatch and "iPhone 6" simultaneous, probably in September. The analyst also said the price of the watch could start anywhere between $199 and $229 to actively compete with other wearables on the market. In April, Nike said they would end production on the Nike+FuelBand and refocus their efforts on developing fitness software. At the time, Fast Company said Nike would partner with Apple to make this a reality. Source: Apple's Latest Ad Prepares The World For The ‘iWatch,’ Apple’s ‘iWatch’ May Have A Round Face And Look Similar To The Moto 360, and Report: Apple’s Long-Rumored iWatch Has Entered Production In Small Quantities. Photo: iWatch concept, Yanko Design 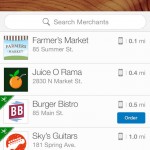 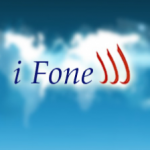 Apple Acquitted In iPhone Trademark Lawsuit With Mexican Telco iFone
Nothing found :(
Try something else