You are using an outdated browser. Please upgrade your browser to improve your experience.
by Aldrin Calimlim
June 17, 2014
Over the weekend, The New York Times published a profile on Apple CEO Tim Cook, which included bits from an interview with Jony Ive, Apple's SVP of design. Now, the newspaper has posted a transcript of the interview, in which Ive talks about Apple's design processes, Cook's leadership, and more. First off, Ive intimated that post-Steve Jobs, the company's innovation culture remained practically unchanged. Interestingly, while talking about it, he hinted that Apple is working on upcoming products with new materials:

I’ve worked for the last 15 or 20 years on the most challenging, creative parts of what we do. I would love to talk about future stuff – they’re materials we haven’t worked in before. I’ve been working on this stuff for a few years now. Tim is fundamentally involved in pushing into these new areas and into these materials.

One of the values of things I learned absolutely directly from Steve was the whole issue of focus. What are we focusing on: focus on product. I wish I could do a better job in communicating this truth here, which is when you really are focused on the product, that’s not a platitude. When that truly is your reason for coming into the studio, is just to try to make the very best product you can, when that is exclusive of everything else, it’s remarkable how insignificant or unimportant a lot of other stuff becomes. Titles or organizational structures, that’s not the lens through which we see our peers.

Ive also described his meetings with Cook to illustrate the CEO's leadership:

We meet on average three times a week. Sometimes those meetings are over in his space, sometimes here in the design studio. We all see the same physical object. Something happens between what we objectively see and what we perceive it to be. That’s the definition of a designer – trying to somehow articulate what contributes to the way we see the object.

You can read the rest of the interview, which includes other interesting bits, on The New York Times' Bits blog. See also: Apple's Jony Ive and Bono To Discuss (RED) Partnership Later This Month and San Francisco MOMA To Honor Apple’s Jony Ive With Lifetime Achievement Award. 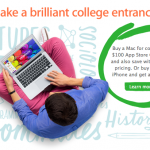 Apple's 'Back To School' Promotion Could Start In 2 Weeks 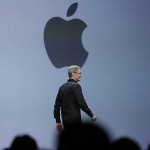 3 Reasons We Haven't Seen Apple's 'iWatch' Yet
Nothing found :(
Try something else