You are using an outdated browser. Please upgrade your browser to improve your experience.
by Brent Dirks
May 8, 2014
Apple’s own Jony Ive will soon receive another big honor. The senior vice president of design has been named the 2014 recipient of the lifetime achievement award from the San Francisco Museum of Modern Art. He will be presented with the 2014 Bay Area Treasure award during a dinner in late October:

“Ive is our generation’s most innovative and influential figure in the field of industrial design—no other design mind has done more to transform the way we visualize and share information,” said SFMOMA director Neal Benezra in a statement issued yesterday. “SFMOMA was the first museum on the West Coast to establish a department of architecture and design, and we’re thrilled to celebrate Ive’s revolutionary achievements.” With a significant collection of 20th- and 21st-century consumer electronics, the department is now engaged in a long-term investigation of how best to collect, maintain, and interpret those holdings in dialogue with leading Bay Area–based designers including Ive.

Other past recipients of the award include filmmaker George Lucas, landscape architect Lawrence Halprin, and artist Richard Serra. Ive’s influence has continued to grow at Apple. Most recently, he was the driving force behind the substantially redesigned iOS 7. The next version of Mac OS X, 10.10, will also reportedly receive the same treatment. The British native has received a number of awards, including being knighted by Queen Elizabeth II in 2011. He was also named as one of Time’s 100 most influential people last year. For other news today, see: Apple And Samsung Are The Only Ones Making Money In The Smartphone Market, Future Apple iPhones Could Create 'Super-Resolution' Photos, and Apple's Campus 2 Spaceship Design Is Now Visible From The Air. 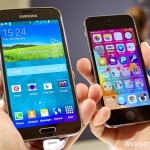