You are using an outdated browser. Please upgrade your browser to improve your experience.
by Brent Dirks
June 9, 2014
Developer Steven Troughton-Smith has found code inside the first beta version of iOS 8 that allows users to run two apps side-by-side on the same screen. AppleInsider first reported on the information. Troughton-Smith detailed some of his findings on Twitter. In the iOS 8 SpringBoard, there is code to run two apps side-by-side:

Also, he said that side-by-side apps appear as a single “screen” in the App Switcher. Rumors of the split-screen multitasking capability first popped up in early May. But a few days before WWDC, news broke that the feature wasn’t ready for prime time and is still a work in progress. A number of iPad competitors, including the Microsoft Surface line and tablets from Samsung, allow multitasking. While the code is currently contained in iOS 8, that doesn’t mean the feature will ever see the light of day. The code could simply be removed by Apple in a later beta version. But I know a number of iOS device users have their fingers crossed. For other recent news today, see: Update: Facebook Introduces Slingshot, Yet Another Snapchat Competitor, Apple Rejecting Apps That Give Rewards For Watching Video Ads, Sharing On Social Networks, and Apple Looking To Hire ‘Friendlier’ PR Chief After Cotton’s Retirement. 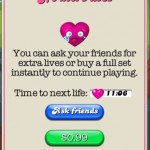 Apple Looking To Hire ‘Friendlier’ PR Chief After Cotton’s Retirement
Nothing found :(
Try something else