You are using an outdated browser. Please upgrade your browser to improve your experience.
by Brent Dirks
June 3, 2014
That didn’t take long at all. Less than 24 hours after Apple unveiled Swift at the WWDC keynote, a developer has recreated the popular Flappy Bird app in the new programming language. Nate Murray has uploaded his work to GitHub, and it can be downloaded by anyone interested in taking a closer look. Arguably one of the biggest announcements at the developer-oriented event, Apple says the new language is designed to be faster, clearer, and more computationally effective than Objective-C. Even so, Swift code can fit in with Objective-C and C in the same app. It is also completely native to Cocoa and Cocoa Touch. With the Swift playground feature, developers can see their programming in what amounts to a live preview. Apps with Swift code can be used starting with iOS 8 and Mac OS X 10.10. If you’re interested in learning more about the programming language, Apple has also released a free Swift programming guide on the iBookstore. For other recent news, see: Apple’s iOS 8 Provides Quick Location-Based Access To Apps From The Lock Screen, Alfred Developer Not Worried About Spotlight In OS X 10.10 Yosemite, and 7 Apple WWDC Rumors That Turned Out To Be False. 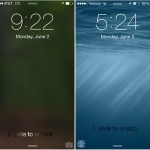 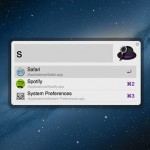 Alfred Developer Not Worried About Spotlight In OS X 10.10 Yosemite
Nothing found :(
Try something else