You are using an outdated browser. Please upgrade your browser to improve your experience.
by Bryan M. Wolfe
June 25, 2014
In May, German carrier Deutsche Telekom began telling customers that Apple’s next iPhone would be arriving in stores on Friday, Sept. 19. On Wednesday, Chinese Internet company Tencent weighted in with the same date. Apple doesn’t share release date information with outside sources, so neither report can be verified. However, the date is consistent with previous iPhone launches. As we told you this spring, Apple has traditionally launched new iPhones on Fridays. Last year, the iPhone 5s and iPhone 5c arrived in stores on Friday, Sept. 20. A year earlier, the iPhone 5 debuted on Friday, Sept. 21. In 2011, the iPhone 4s arrived on Friday, Oct. 14. Assuming that Apple follows previous release schedules, the “iPhone 6” will launch first in the United States, Australia, Canada, China, France, Germany, Japan, Singapore, and the United Kingdom. Of note, Tencent only mentions a 32GB and 64GB “iPhone 6” model in its report. The iPhone 5s is available in 16GB, 32, GB, and 64GB varieties. Apple’s next iPhone could be available in two screen sizes: 4.7-inches and 5.5-inches. One or both of these models may utilize sapphire glass in its display. See also: Intel Would Like To Return To The Apple Fold In 2015, Foxconn And Pegatron Go On Hiring Sprees For Production Of Apple's 'iPhone 6,' and Ready To Ditch Your iPhone? Amazon’s Bezos Hopes So. Via: G for Games Image: Weibo 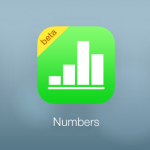 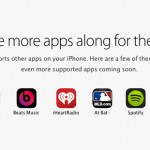 Apple Adds MLB.com At Bat To Its List Of CarPlay-Compatible Apps
Nothing found :(
Try something else