You are using an outdated browser. Please upgrade your browser to improve your experience.
by Bryan M. Wolfe
June 19, 2014
Chelsea Handler is bringing her talents to Netflix. The comedienne, whose E! series ends in August, will launch a new talk show on the streaming video service in early 2016. The talk show is just part of a new multi-tiered deal announced on Thursday by Netflix and Handler. According to Netflix, the new talk show “will feature an updated format that still encompasses Chelsea’s unfiltered opinions on topical entertainment and cultural issues, as well as her signature guest interviews.” Handler explains:

I wanted to sit with the cool kids at lunch so I approached Netflix to make sure they were as cool as I thought they were, and when I confirmed my suspicions, like with any other future lover, I made my move.

As part of the deal, Netflix will premiere Handler’s first one hour stand-up comedy performance based on her sold-out tour “Uganda Be Kidding Me Live” on Oct. 10. The performance will be taped on June 20 at the Harris Theater in Chicago, Illinois. In 2015, Handler will create four new docu-comedy specials exclusively for Netflix. These will cover a range of topics, including NASCAR, politics, Silicon Valley, the NBA draft, and more. Handler’s current series, “Chelsea Lately,” airs its final episode on Aug. 26. See also: Netflix iOS App Updated With Faster Video Startup, Revamped UI, OITNA Is A New Companion App For Fans Of Netflix's 'Orange Is The New Black,' and After Beats Audio Purchase, Should Apple Buy Netflix? 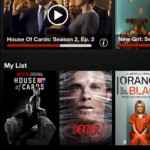 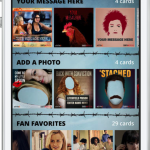 OITNA Is A New Companion App For Fans Of Netflix's 'Orange Is The New Black'
Nothing found :(
Try something else