You are using an outdated browser. Please upgrade your browser to improve your experience.
by Aldrin Calimlim
June 19, 2014
Last week, Cornfox & Bros. announced that the “the best possible Oceanhorn experience yet” is coming soon to Oceanhorn through its forthcoming free update dubbed "Game of the Year Edition." But we didn't have much to go on as to what the update would bring other than a couple of screenshots featuring instances of raining and fishing in the game. Now, though, the developer has revealed some details about Oceanhorn: Game of the Year Edition. As confirmed by Cornfox & Bros. to Pocket Gamer, the acclaimed action-adventure game is set to gain an all-new location ominously called the Island of Whispers. "This creepy isle, which features a dynamic weather system, is haunted by wandering ghosts," the site notes. "Your job is to descend into the underground and find out why these lost souls are trapped on the island. There are about two hours of challenging new content and a new boss fight." So the addition of a dynamic weather system explains the raining in one of the screenshots. But what about the fishing? Well, as it turns out, Oceanhorn: Game of the Year Edition includes a fishing mini-game, with its own challenges, quests, and global leaderboard. Excited? Oceanhorn is available on the App Store for $8.99. It’s optimized for iPhone 4S, iPhone 5, iPhone 5c, iPhone 5s, fifth-generation iPod touch, iPad 2, third-generation iPad, fourth-generation iPad, iPad Air, iPad mini, and iPad mini with Retina display. Oceanhorn’s last major update arrived last March, with which the game gained iCloud support, Korean and Russian localizations, and some bug fixes. Of course, we’ll let you know as soon as Oceanhorn’s Game of the Year Edition is released. 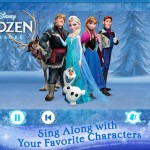 Be One With The Wind And Sky As Disney Karaoke: Frozen Goes Universal 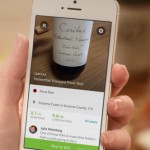 This Popular Wine Scanner And Journal App Just Got A Delectable 4.0 Update
Nothing found :(
Try something else