You are using an outdated browser. Please upgrade your browser to improve your experience.
by Bryan M. Wolfe
June 18, 2014
Note: This is the second in a series of reports about whether the time is right to upgrade to beta versions of Apple's two new operating systems. We'll publish a new report soon after the release of each update.

The second iOS 8 beta is out of the gate. So too is OS X Yosemite Update 1.0, which is actually the second beta version of Yosemite that Apple has released. It will be a few months before each becomes available to the general public. When will that be? If recent history is any indication, expect both new operating systems to arrive in September or October. In the case of iOS 8, it should drop right before Apple releases the so-called “iPhone 6.” Last year, Apple released six iOS 7 betas before launching the GM, or gold master edition. One year earlier, iOS 6 went through four betas before the GM was handed to developers. The longest development process for an iOS release occurred in 2011 with iOS 5. That year, there were seven betas followed by the GM.

Apple doesn’t want non-developers to use iOS betas. Nonetheless, it happens. If you’re planning on updating to iOS 8, we continue to suggest waiting until iOS beta 3 or iOS beta 4 is released. Earlier betas tend to be just too unstable for installation on devices used everyday. We have found that iOS 8 beta 2 continues this trend. We're getting very close to the release of iOS 8 beta 3. Using iOS 7 and iOS 6 as benchmarks, the third beta should arrive sometime between July 7 and July 11. The fourth beta should launch two to three weeks later.

This year, Apple launched an OS X Beta Program. Limited to the first 1 million registered, this is a great way for non-developers to take a look at Apple’s latest Mac software, OS X Yosemite. Our advice: OS X Yosemite Update 1.0 is better than the first beta. Still, you probably shouldn’t upgrade to OS X Yosemite just yet — especially on your everyday Mac. We suggest waiting until at least the third or fourth beta of OS X Yosemite is released before making a jump. Otherwise, be prepared to experience plenty of hiccups. We’ll continue to follow all of the developments with iOS 8 and OS X Yosemite in the coming weeks and months. In the meantime, see: See What’s New In Apple’s iOS 8 Beta 2, You Can Now Enable 'Dark Mode' In Yosemite Beta, But It's Still Missing From iOS 8, and In iOS 8 Beta 2, Browsing Photos In The Messages App Is A Lot Easier. 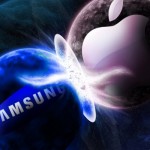 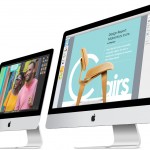 Apple Unveils A Less Expensive iMac, But Still No Retina Display Model
Nothing found :(
Try something else