You are using an outdated browser. Please upgrade your browser to improve your experience.
by Joe White
June 18, 2014
Apple released new betas for iOS 8, OS X Yosemite, and its next-generation Apple TV software yesterday, with the latter bringing Cupertino's iCloud-powered "Family Sharing" feature to the $99 set-top box. Registered developers can now access all three from Apple's Developer website. While iOS 8 beta 2 makes a series of minor tweaks to the operating system, the new beta for the Apple TV's on-board software indeed adds Family Sharing -- though as 9to5mac explains, the feature "isn't yet functional." Family Sharing is supported in Apple's next-generation software and promises "a new way to bring harmony to your family's digital life." At its website, Cupertino explains:

Up to six people in your family can share purchases from iTunes, iBooks, and the App Store without sharing accounts. Pay for family purchases with the same credit card and approve kids’ spending right from a parent’s device. Easily share photos, a family calendar, and more to help keep everyone connected.

Apple has added support for iCloud Photos with its new Apple TV beta software, too, 9to5mac adds. The next-generation software is also bringing peer-to-peer AirPlay support to iOS and the Apple TV, however as of this writing, a refreshed set-top box has yet to be announced by Apple. We had been told to expect a new Apple TV model soon, though it now seems as if Cupertino could be saving this product release for fall. Cue indeed hinted as much during the first annual Code Conference earlier this year. In case you missed it, he said: “Later this year, we’ve got the best product pipeline that I’ve seen in my 25 years at Apple.” We'll keep you updated with further information as we receive it. 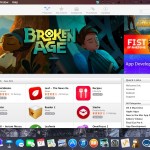 You Can Now Enable 'Dark Mode' In Yosemite Beta, But It's Still Missing From iOS 8 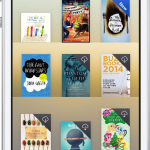 See What’s New In Apple’s iOS 8 Beta 2
Nothing found :(
Try something else