You are using an outdated browser. Please upgrade your browser to improve your experience.
by Bryan M. Wolfe
June 25, 2014
That was quick. The European Commission is poised to approve Apple’s acquisition of Beats Audio before the end of July, according to Reuters. The report notes that the European Commission “can either clear the deal unconditionally or demand concessions if it sees competition issues. It can also open an extensive investigation if it has deeper concerns.” A challenge, however, is unlikely. Representatives from the European Union have indicated that a decision would come before July 30. This comes as regulators begin a similar process in the United States. First announced in May, the $3 billion acquisition of the music streaming and audio equipment company, would be Apple’s largest to date. Apple is buying Beats at the purchase price of approximately $2.6 billion, with approximately $400 million vested over time. As part of the deal, Beats co-founders Jimmy Iovine and Dr. Dre will join the company in executive roles. Subject to regulatory approvals, Apple has said it expects the transaction to close in fiscal Q4. See also: Apple-Owned Beats Music Hasn't Given Up On Google Yet, Updates Its Android App, In A Memo To Apple Employees, Tim Cook Touts A ‘New Chapter’ With Beats Purchase, and After Beats Audio Purchase, Should Apple Buy Netflix? 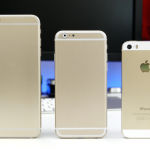 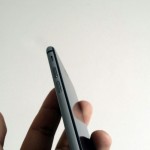 Has The Release Date For Apple's 'iPhone 6' Been Leaked Again?
Nothing found :(
Try something else