You are using an outdated browser. Please upgrade your browser to improve your experience.
by Bryan M. Wolfe
July 25, 2014
Earlier this week, Apple released iTunes 12 to developers. Launching with OS X Yosemite this fall, the update includes a beautiful redesign, and a number of new features worth highlighting.

In this first beta version of iTunes 12, the iBookstore is no longer accessible. Instead, books must now be purchased through the separate iBookstore Mac application. The iTunes Store continues to offer audiobooks. This is a great move on Apple’s part, and I hope this eventually leads to separating the iTunes Store from iTunes. I really feel Mac users would benefit from a separate iTunes app, which would includes iTunes music downloads and iTunes Radio. Separating videos would also be a nice step. Alas, changes like these are not in iTunes 12 — at least for now.

The iTunes sign in button has been moved to the top right of the screen. Once logged in, the button becomes a pull-down menu where you can access account information, launch your wish list, or redeem a code. This little change makes iTunes a little bit less cluttered, which is a nice touch for an application that is sometimes accused of being bloated.

In iTunes 12, there is no longer a main iTunes Store page, where Apple highlights different types of media. Instead, Music is the default page. I'm not sure this change will carry over to the public release of iTunes 12. Hopefully, it will not.

Switching between the iTunes Store and your local library is no longer achieved through the use of a toggle. Instead, you choose from a list of options. For example, under the Apps section, you'll see "My iPhone apps," "My iPad Apps," "List," Updates," and "iTunes Store." Under Movies are links to "My Movies," "Unwatched," "Playlists," and "iTunes Store." We'll continue to highlight upcoming OS X Yosemite features in the weeks and months to come. Most likely, the first public version of OS X Yosemite will be released onto the Mac App Store in October. See also: Apple explains how to fix code already redeemed error for the Yosemite public beta, Apple to launch iOS 8 and OS X Yosemite separately despite tight integration features, and Apple's OS X Yosemite Is Already More Popular Than OS X Mavericks. 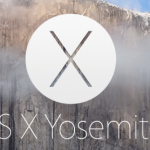 Apple releases the first public beta of OS X Yosemite
Nothing found :(
Try something else