You are using an outdated browser. Please upgrade your browser to improve your experience.
by Aldrin Calimlim
July 9, 2014

A couple of noteworthy iOS games have just undergone their first price drops ever: Threes! and Monument Valley.

Since its launch last February, the numerical sliding puzzle game Threes had been available for $1.99. That is, until a few hours back, when its price was marked down to just $0.99. The Escher-inspired impossible puzzle game Monument Valley had also been priced at $3.99 since its release last April, until it was discounted mere moments ago to $1.99.

So, if you haven't played these gems of iOS gaming, better grab them now while they're on sale.

Interestingly, Threes and Monument Valley's first price drops have taken effect on the eve of the sixth anniversary of the App Store. It's unclear whether their going on sale has in fact been implemented in celebration of said occasion. But if that turns out to be the case, you'll be hard-pressed to think of a pair of iOS games that exemplify just how far the App Store has come in terms of quality from its early days of being infested with fart apps and other sorts of so-called “crApps.”

For more information on either game, check out our very positive reviews of Threes here and Monument Valley here.

As mentioned, Threes! and Monument Valley are currently on sale on the App Store for $0.99 and $1.99, respectively. Both titles are universal for iPhone, iPod touch, and iPad. 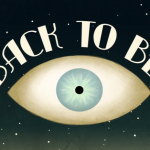 If You Like Monument Valley's Impossible Puzzles, Keep Your Eyes Open For Back To Bed 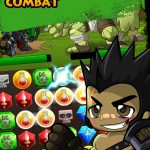 The AdventureQuest Intensifies With The Arrival Of PvP Battles In Battle Gems
Nothing found :(
Try something else