You are using an outdated browser. Please upgrade your browser to improve your experience.
by Brent Dirks
July 29, 2014
First reported earlier this week, Apple has just confirmed that it has acquired Swell Radio and developer Concept.io. The Wall Street Journal’s Daisuke Wakabayashi reported the news via Twitter:

Apple confirms Swell deal w: we buy "smaller technology companies from time to time, and we generally do not discuss our purpose or plans." — Daisuke Wakabayashi (@daiwaka) July 29, 2014

Along with the Swell Radio app being pulled from the App Store, the company’s site also has been shut down with this message:

Thank you for using Swell over the past year. We wanted to let you know that the Swell service is no longer available. We’ve been inspired by the opportunity to create quality products that positively impact users’ lives, and we are grateful to all our listeners. Thank you everyone for your support!

Described as a “Pandora for talk radio,” the highly touted Swell allowed users to listen to personalized talk radio content on their iPhone. Apple reportedly paid about $30 million for the app and its team. The majority of the team will apparently help improve Apple’s less-than-stellar Podcasts app. Not counting the huge Beats deal announced in May, Apple has reportedly acquired at least 29 smaller companies since the start of its 2014 fiscal year. For other news today, see: AppleCare+ coverage for iPhone and iPad come to Mexico and Sweden, Apple TV adds new FOX NOW and CNBC channels, and Another report says that production on Apple's 'iWatch' has been delayed. 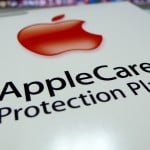 AppleCare+ coverage for iPhone and iPad come to Mexico and Sweden